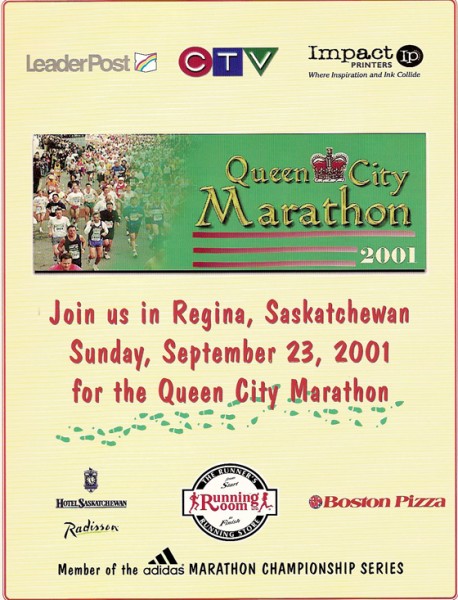 The Queen City Marathon was conceived in the winter of 2000, when some local runners were doing a lap of Wascana Lake and discussing the fact that, of all the provincial capitals in Canada, Regina was the only city that did not currently have a marathon event. From 1970 until 1983 an event known as the Molson Marathon had been held in Regina, but there had not been a marathon organized in Regina (also known as "the Queen City") since then.

Immediately after the local runners had completed their lap of Wascana Lake, they made their way to the newly-opened Regina location of the Running Room store and quite literally asked the manager: "How do we organize a marathon?" The local store manager put them in touch with John Stanton, the founder of the Running Room store chain, who flew out to Regina to meet with them and assist them in getting started. Another local runner, Bill Pratt, was brought on board as the event's first volunteer race director and the Queen City Marathon was born.

The first Queen City Marathon took place on September 23rd, 2001, with the original start and finish line located at the Douglas Park Athletic Track. At the time, the race offered a full marathon, a marathon team relay and a kids mini-marathon event. A half marathon event wouldn't be part of the QCM until the following year. Race organizers optimistically hoped to attract 600 participants. They were pleasantly (albeit hectically) surprised when 1,275 participants showed up at the starting line that first race morning.

For the event's second year, Michele Roland Semenchuck took over the volunteer race director duties from Bill Pratt, with Bill taking up the reins again in 2003. That same year, the start/finish line moved to a new location, just southeast of the TC Douglas Building.

Following the 2004 race, Bill Pratt left Saskatchewan for a career opportunity and Doug Russell was named the event's third volunteer race director, leading into the 2005 race. 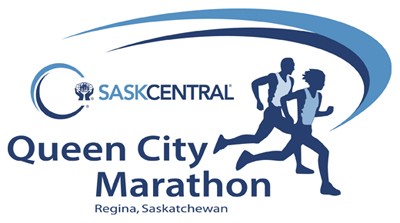 The event's name changed once again in 2010 when Saskatchewan Credit Unions took over as the title sponsor and the race became known as the Credit Union Queen City Marathon, or just Credit Union QCM, for short. 2010 was also when the event's symbolic running mascot "Scribbly" made his/her/its first appearance on a new logo designed by organizing committee volunteer, Linea Noels. 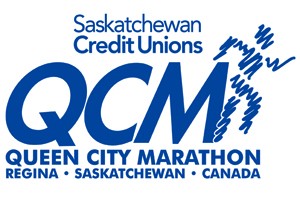 After the 2013 event, Doug Russell stepped down and Shawn Weimer took over in 2014 as the event's fourth race director.

In January 2015, the role of Race Director became the event's first full-time employee position, reporting to the board of directors of Queen City Marathon Inc.

In September of 2015, just in time for the QCM's 15th anniversary, the start and finish of the race was moved to its new home in front of the Conexus Arts Centre.

Since moving to the Conexus Arts Centre location, the Queen City Marathon grew to more than 6,000 participants, many coming to Regina from around the world to run and walk in our many races. The event expanded to two days of racing and included a marathon, half marathon, marathon relay, 10K, Family 5K and kid’s mini marathon.

In January of 2017, Group Medical Services (GMS) was named as the new multi-year title sponsor of the GMS Queen City Marathon. A Friday evening race - the Night Owl 5K - was also introduced in 2017, bringing the event to three days of racing over Friday, Saturday, and Sunday. 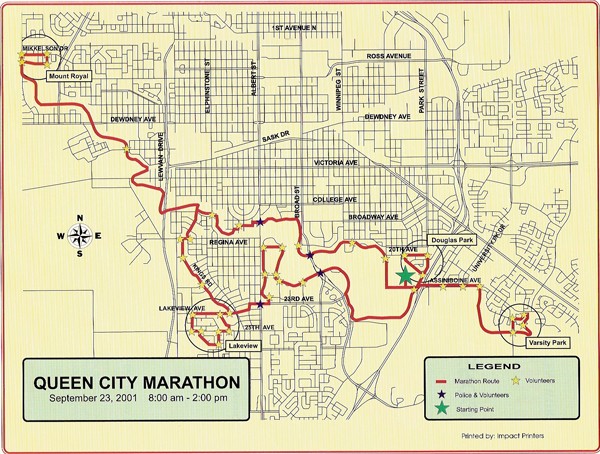 The GMS Queen City Marathon and its affiliated events are run by Queen City Marathon Inc., a non-profit organization incorporated under the Province of Saskatchewan non-profit corporations act, registration number 101030474. The board of directors for Queen City Marathon Inc., along with the core organizing committee members, are all volunteers, working alongside the full-time QCM Race Director. On race weekend, hundreds of additional volunteers lend their enthusiasm and energy to help put on this amazing community event, which attracts participants from all across Saskatchewan, Canada, the United States, and around the world.